Do not be deceived: neither the sexually immoral, nor idolaters,
nor adulterers, nor men who practice homosexuality,
nor thieves, nor the greedy, nor drunkards, nor revilers, nor swindlers
will inherit the kingdom of God. And such were some of you.
But you were washed, you were sanctified, you were justified
in the name of the Lord Jesus Christ and by the Spirit of our God.

What is Wrong with Gay Christianity?

Over the years, we have seen many Side B Christians defect for Side A, declaring that God sanctions gay unions. And I predict that we will see many more defectors, since the theology behind Side B is biblically untenable. How can any of us fight a sin that we don’t hate? Hating our own sin is a key component to doing battle with it. At the same time, we need to separate ourselves from the sin we hate. This can be a very challenging issue for a Christian who experiences SSA, an issue that becomes exceedingly more challenging if one assumes the social identity of “gay Christian.”

But thanks be to God, that you who were once slaves of sin have become obedient from the heart to the standard of teaching to which you were committed, and, having been set free from sin, have become slaves of righteousness.

The Hope of God’s Image Bearers

From Gay to Gospel

When questioned about gay Christian identity. They are irreconcilable. It’s strange to me to see these attempts. I had such a clean break from it, and it was entirely God’s grace upon me to see that it was necessary. Would you call yourself a greedy Christian? Would you call yourself a tax-collector Christian? It seems strange to identify yourself with sin. It’s a square circle. Defining yourself as a “gay Christian,” even if you are celibate and not active in a homosexual relationship, is wildly misleading. And it’s almost like you’re stewing in your old sin, hanging onto your old self in a weird way. It’s not helpful to have that moniker over you and to continually identify as such. Why would you identify with your old self that has been crucified with Christ? So I flee from that term as far as I can. It’s not who I am at all. If people ask me how I identify, I’m just like, “I don’t identify by my sexuality. I’m a follower of Christ who has a lot of struggles, including same sex attraction.”

Keeping Desire and Temptation in Their Place

…as Christians respond to the sexual challenges of postmodernity…the key terms are “desire” and “temptation.” We need a clear understanding of these biblical terms in order to address the matter biblically, especially when it comes to heated debates regarding same-sex attraction (SSA). For instance, the question is raised as to whether a same-sex attracted person must mortify his or her desires. Likewise, denominations like the Presbyterian Church in America (PCA) have wrestled over whether a person may soundly self-identify as a “gay Christian.”

I appeal to you therefore, brothers, by the mercies of God, to present your bodies as a living sacrifice, holy and acceptable to God, which is your spiritual worship. Do not be conformed to this world, but be transformed by the renewal of your mind, that by testing you may discern what is the will of God, what is good and acceptable and perfect.

A Primer on the Mortification of Sin

[N]ote that the emphasis of mortification is not simply on the fruit but on the root. It does little good to just simply stop being angry without realizing a strong desire to control people and things. The lust will simply find another way to express itself in its craving for control. Instead we have to deal with the heart issues at the root to see why and how we want to control people and things rather than to trust God and deploy his methods.

We, the Session of Covenant Presbyterian Church, have established a protocol for considering men for ministry who have homosexual backgrounds. This protocol is informed by Biblical leadership priorities, but we are not suggesting it should be adopted by other churches. It is Covenant’s guide for assessing the leadership qualifications of men with homosexual backgrounds who may be called to preach and teach at Covenant. We share it for the encouragement of men who may be called to pulpit ministry, but who are discouraged that there are few or no opportunities for that ministry.

Please note three additional observations regarding this protocol: 1) It is only different from our protocol for men dealing with other besetting sins in that it requires additional time and accountability. 2) It is a summary, not an exhaustive detailing of all six protocol points; details may vary depending on the man being considered for pulpit ministry. 3) We are convinced that no sin is beyond God’s ability to forgive, no sinner is beyond the Christ’s ability to save, and no sinner is beyond the Holy Spirit’s ability to sanctify and use for God’s glory.

Can the “Welcoming Church” Speak the Truth?

It must be pointed out, however, that the context for “welcoming” as our new buzzword is not the polarized cultural struggle but its corollary within the PCA. In this context, “welcoming” is the self-embraced label of the progressive camp, which has assigned “fearful” as the conservative/confessional label. Commissioners are being urged to vote for “welcoming” priorities, which will likely be those that take a soft stance on homosexuality, gender egalitarianism, and other progressive priorities. The upcoming “Revoice” conference in St. Louis is providing an advance screening of what this looks like. This PCA event, much lauded by our progressive friends, advocates an “LGBT Christian” category and speaks of “sexual minorities” and even “queer treasure, honor, and glory” in heaven. Far from an irrelevant outlier, this conference previews where the “welcoming” agenda is seeking to go.

Is the Bible’s Teaching about Homosexuality Offensive?

In a massive tirade against the hyper-religious Pharisees, Jesus calls them hypocrites, blind guides, whitewashed tombs, sons of murderers, and serpents: “You brood of vipers,” he yells, “how are you to escape being sentenced to hell?” (Matt. 23:33). We cannot read the Bible and not be offended—condemned even—unless we come as broken sinners. If we come like that, we are tenderly embraced.

The Secret Thoughts of an Unlikely Convert

“Rosaria, by the standards of many, was living a very good life. She had a tenured position at a large university in a field for which she cared deeply. She owned two homes with her partner, in which they provided hospitality to students and activists that were looking to make a difference in the world…In the community, Rosaria was involved in volunteer work. At the university, she was a respected advisor of students and her department’s curriculum. And then, in her late 30s, Rosaria encountered something that turned her world upside down–the idea that Christianity, a religion that she had regarded as problematic and sometimes downright damaging, might be right about who God was, an idea that flew in the face of the people and causes that she most loved. What follows is a story of what she describes as a ‘train wreck’ at the hand of [God]. These are her secret thoughts about those events, written as only a reflective English professor could.” – Amazon

A Change of Affection: A Gay Man’s Incredible Story of Redemption

“This short book is a very healthy mixture of candid self-disclosure and rigorous thought. It combines good storytelling with careful handling of the Bible. It is always honest and never glib.” – D. A. Carson

What Does the Bible Really Teach about Homosexuality?

“This book provides a short, accessible, and pastoral toolbox for all Christians to navigate the shifting cultural landscape of sexuality and find confidence and hope in how the Bible directs our steps. DeYoung responds to the pivotal and often heart-wrenching questions of our day: can we trust God’s Word on the subject of homosexuality or are we misreading Jesus and standing on the wrong side of history? These accusations, like the serpent’s question to Eve in the garden, must be addressed through wise apologetics. DeYoung offers wise and readable apologetics here, providing his readers with both motive and model for how to think and talk about homosexuality and the Christian faith in a way that honors Christ and gives hope to a watching world.” – Rosaria Butterfield 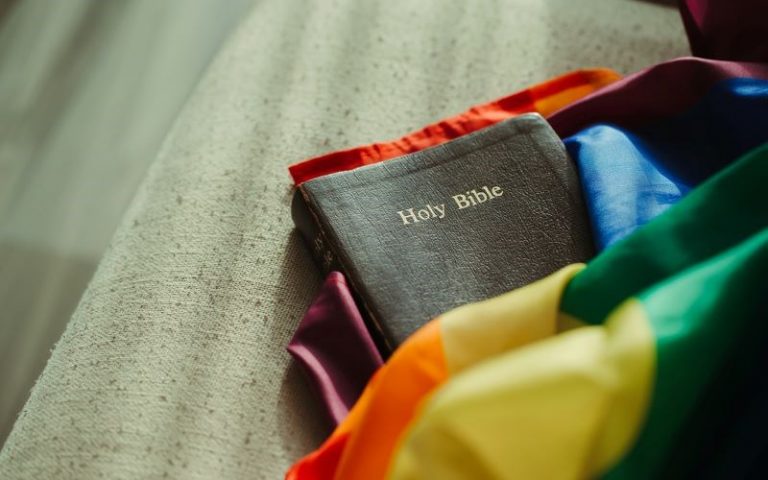 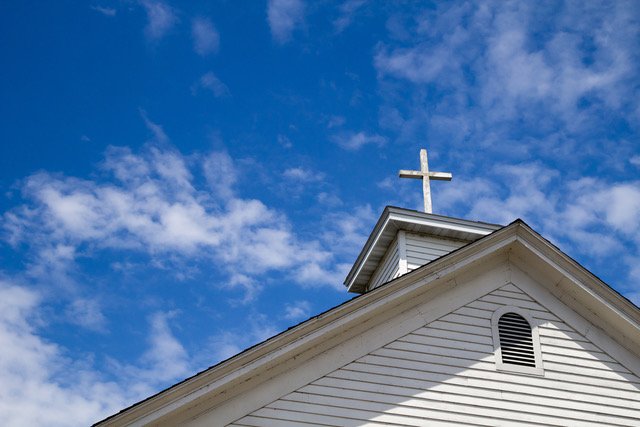 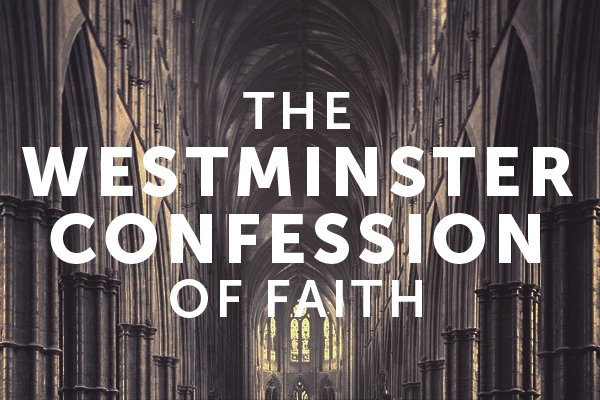 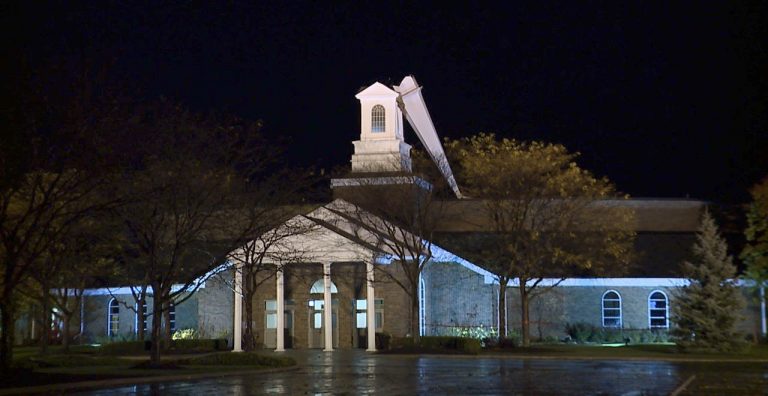